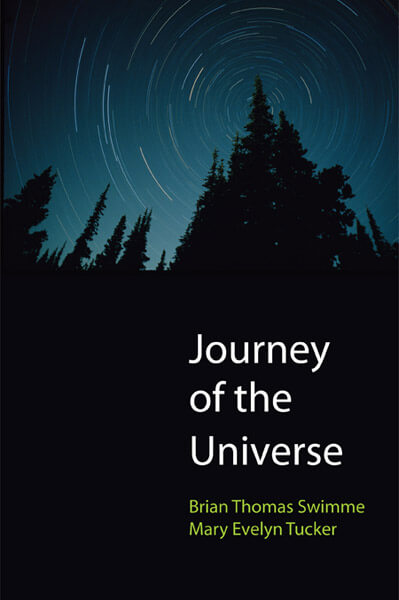 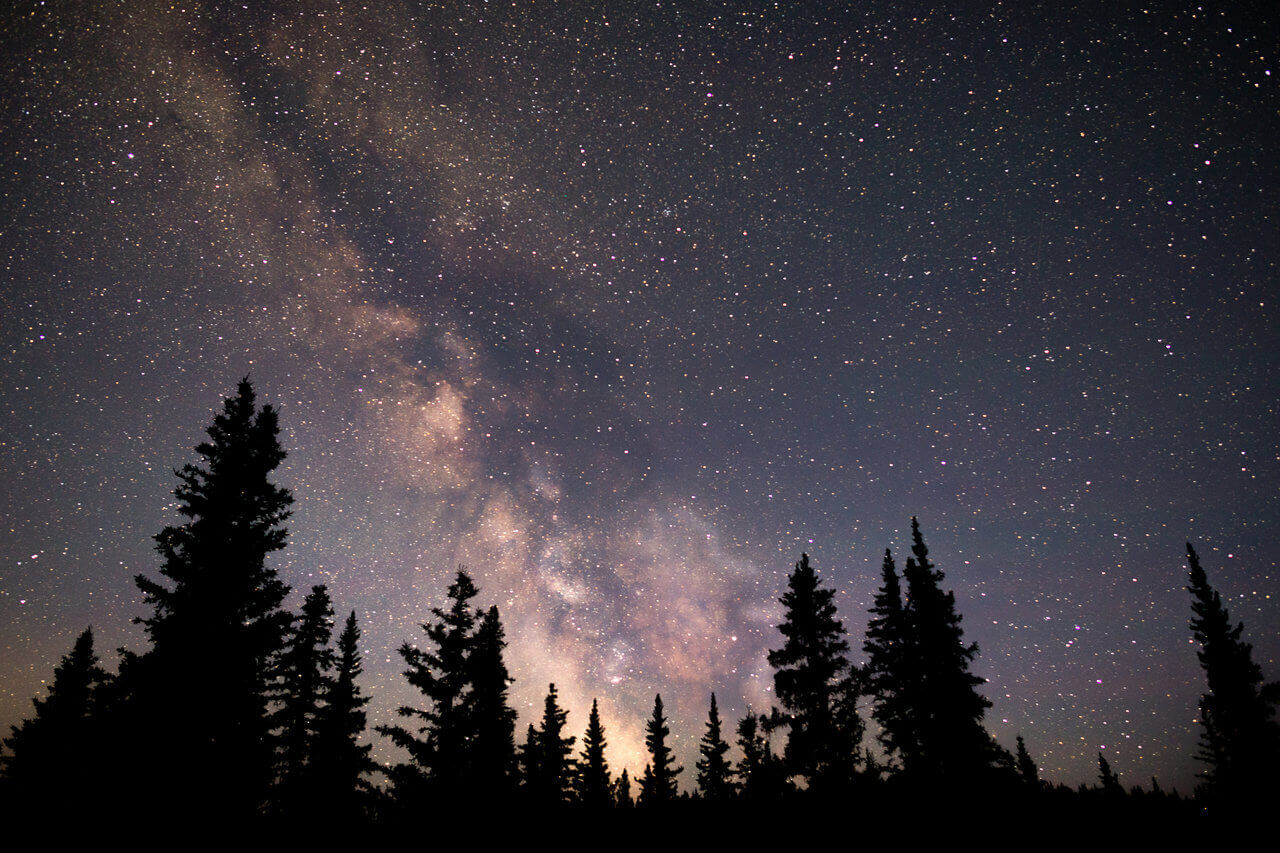 Journey of the Universe Summary

Description of the Book

Over the past century science, in its various disciplines from astronomy to microbiology, has discovered the elements of an emergent evolutionary process. This book weaves these elements into a narrative of a universe that emerged some 13.7 billion years ago. The magnitude of this universe story is beginning to dawn on humans as we awaken to a realization of the vastness and complexity of this developmental process.

The Journey of the Universe, then, invites the reader to step back to explore and assimilate our cosmological context. Just as scientific cosmology is giving us an understanding of the origins of the universe and the unfolding of life on Earth, philosophical and poetic reflection on this cosmology brings us a fresh perspective regarding our place in the universe. This book, then, results in an unusual braiding of sciences and humanities, weaving empirical data with poetry and fact with metaphor.

To achieve this end we combine three intersecting objectives:  understanding the evolution of the universe and Earth by drawing on current scientific research; relating the evolutionary narrative as a whole (cosmic, Earth, human); and reflecting on the story with a sense of awe and wonder. From this there emerges in the Journey of the Universe a new integration of scientific facts, story, and connection.

Within this integrated perspective we can ask: What is humankind in relation to 13.7 billion years of universe history? What is our place in the framework of 4.6 billion years of Earth history? How can we foster the continuity and the integrity of life processes? These are some of the critical questions underlying the telling of the Journey of the Universe.

Aim of the Book

At the same time that this story is becoming available to the human community, we are becoming conscious of the multidimensional environmental crisis that is taking place around the planet. Just as we are realizing the vast expanse of time that distinguishes the evolution of the universe, we are recognizing how late is our arrival in this dynamic and creative process. Just as we are becoming conscious that Earth took more than 4 billion years to bring forth this abundance of life, it is dawning on us how quickly we are foreshortening its future flourishing.

Thus the integrated story of the origin and development of the universe, of Earth, and of humans could become an inspiring context for our time. This is because this story is giving us a sense of common evolutionary heritage and shared genetic lineage. This new understanding of kinship of humans with each other and with all life could establish the foundations for rediscovering our past and sustaining the future. Carl Anthony, one of the African American leaders of the environmental justice movement, has said this perspective has been profoundly transforming for his life and work. Environmentalists such as John Seed, philosophers such as Kathleen Dean Moore, writers such as Scott Russell Sanders have all observed how significant the universe story is for their own work.

We can indeed be inspired by this view of nested interdependence - from galaxies and stars to planets and ecosystems - so that we sense how personally we are woven into the fabric of life.  We are part of this ongoing journey.  AudienceThis book (along with the film and educational series) is intended to reach high school, community college, and college students. We would see it being used in courses in science and in big history, as well as philosophy, literature, and religion. Indeed, there are courses already being taught at some high schools and colleges drawing on the universe story perspective. Washington University in St. Louis has such a course that is team-taught.

In addition to educational outreach we would see this book appealing to a broadly educated reader who is looking for a synthesis of science and the humanities. This is the first time that such a large-scale story will be available as a book, film, and educational series. 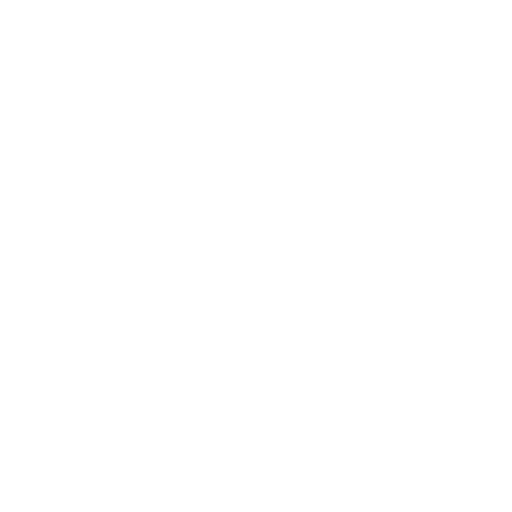 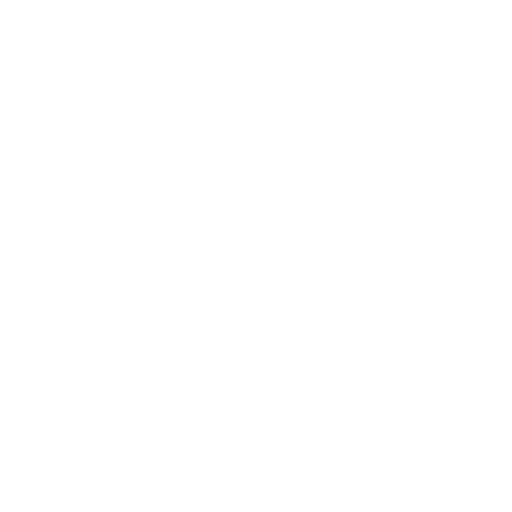 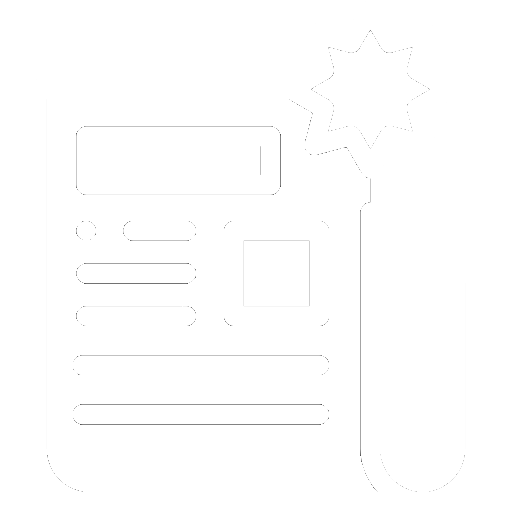 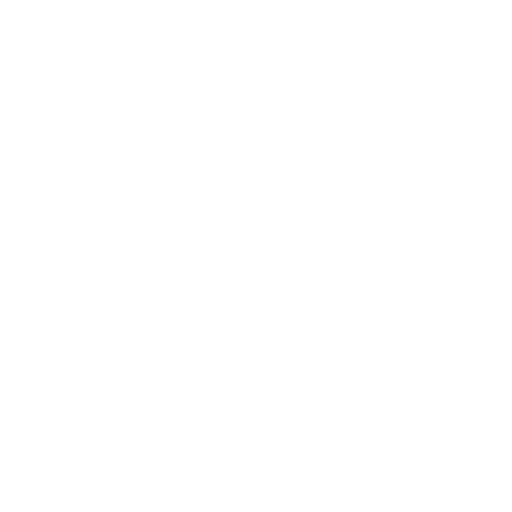 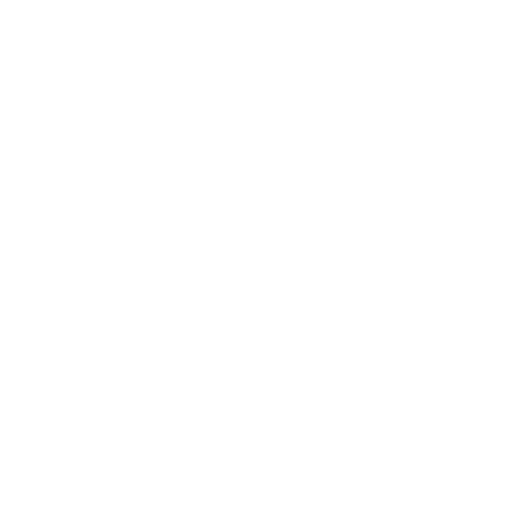 The Inspiration Behind Journey of the Universe‍

"We have a new story of the universe. Science has given us a new revelatory experience. It is now giving us a new intimacy with the earth."

Thomas Berry, Dream of the Earth

Journey of the Universe is deeply inspired by Thomas Berry’s article titled “The New Story,” which observes how humans are in between stories — creation stories of the world’s religions and the scientific story of the evolution of the universe. Brian and Mary Evelyn collaborated to write this epic narrative that translates our wondrous connection to the cosmos and Earth to a broader audience. Their concern is to evoke mutually enhancing human-Earth relations for a flourishing planetary community.

We live in a universe of remarkable creativity that has evolved over some 14 billion years. The goal of Journey of the Universe is to tell the story of cosmic and Earth evolution drawing on the latest scientific knowledge, in a way that makes it profoundly relevant and deeply moving to the viewer. What emerges is an intensely poetic story, which evokes emotions of awe, excitement, fear, joy, and belonging.

This story told in Journey of the Universe is a dramatic one. Throughout billions of years of evolution, triumph and disaster, have been only a hair's breadth apart. Violence and creativity are pervasive. The ability of matter to organize and re-organize itself is remarkable — from the formation of the first atoms to the emergence of life.

The message of Journey of the Universe shows how we are not just a part of this astonishing process, we are at the very edge of evolution, a primate species that has found in its language and symbols the power to take over the very evolutionary process itself. But this control that we now exercise comes with a responsibility. Viewers of Journey of the Universe will not only be imbued with a sense of astonishment at all that has taken place, they will also come to feel the excitement in learning that now we live in a time when the human species is being asked to play a central role in activating the flourishing powers of Earth’s living systems.

One of the aims of this project is to use the art of storytelling to capture the grandeur and drama of this epic of the universe — from the Great Flaring Forth, to where we are today in a moment of Great Transition. Carl Sagan was the first to remind us that "We are all stardust," in the Cosmos series. The Journey of the Universe shows us how the lineage of stardust can shape the way we relate to the Earth, so that we might better cherish and protect what gave us life and nourishes us still. 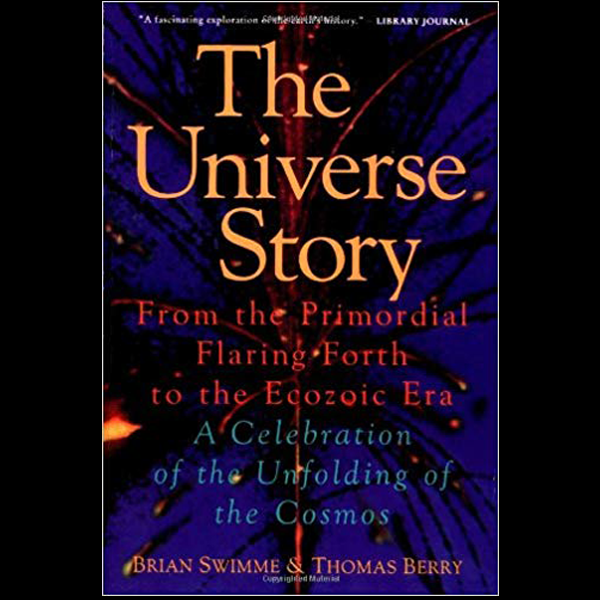 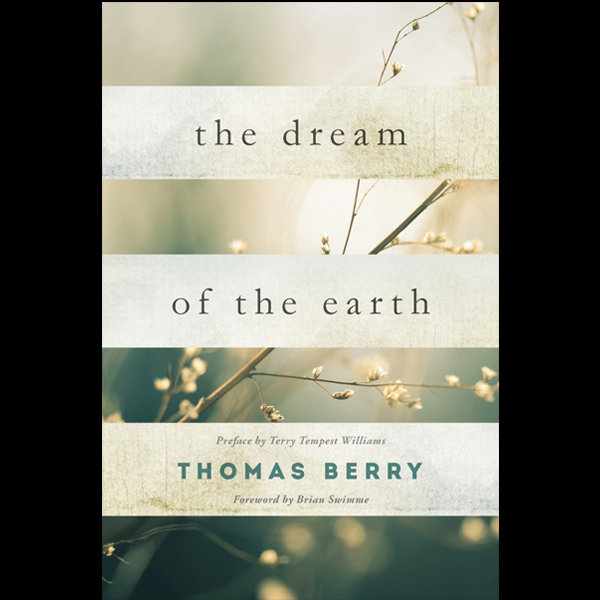 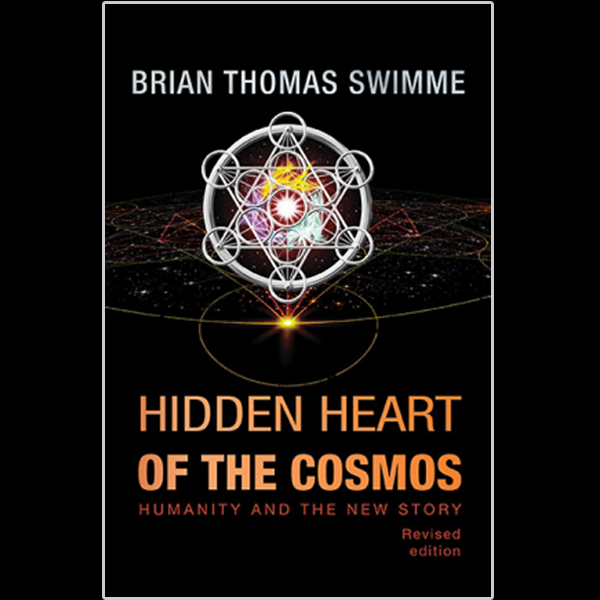 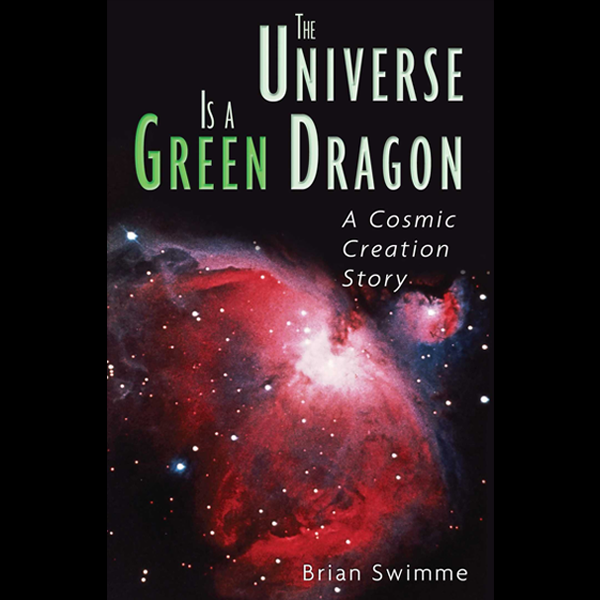 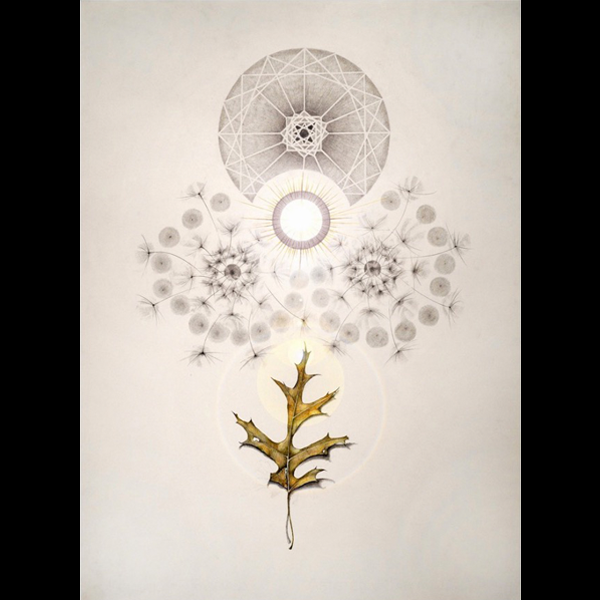 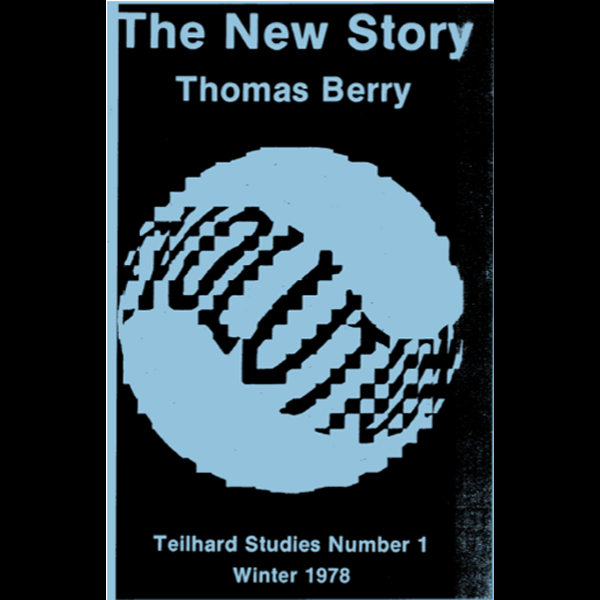