Learn the Story of the Universe

Enroll in these free courses from Yale University and Coursera to understand who we are, where we come from, and where we are heading.

New discoveries from science show that you are connected to everything. What does this mean for how you view the world, live your life, or shape our collective future?

The Challenge of our times

Our collective story of a mechanistic, separate, and competitive universe is insufficient.

This limited understanding of how the Universe functions is leading us to destroy the natural life systems on which we rely.

This is culminating in the 6th mass extinction event in Earth’s history.

The loss of biodiversity and the climate emergency has initiated a wave of ecological despair and disempowerment for both individuals and communities.

Our opportunity to evolve

You can come to know the dynamic, connected, and cooperative Universe.  And when you do, everything changes.
‍
This is a contemporary story grounded in science, animated by the humanities, and imbued with wisdom from Indigenous traditions and world spiritualities.

When we realize our connection to this story, we begin to understand ourselves as vibrant expressions of evolution. Your mind is a planetary force, one that is capable of not only knowing, but also shaping, the course of evolution for a thriving future.

How you decide to respond to this capacity enables your participation in our collective story.

i am ready to start my online course

Journey of the Universe is a scientific, philosophical, spiritual, and poetic offering for those seeking to understand the grand story in which we find ourselves.  This project is over 40 years in the making, arising out of a rich lineage of Thomas Berry, Brian Thomas Swimme, Mary Evelyn Tucker, John Grim, among many others.
‍
The Journey of the Universe online courses offered by Yale and Coursera were made for anyone who has a desire to connect more deeply with the story of our Universe and assist in creating a flourishing Earth community.

• Three, six-week courses that can be taken independently or together as a specialization
• Free to audit
• Over 25,000 enrollments and average 4.7/5 star rating
• Online community to support and deepen your learning
• Start anytime and work at your own pace

What people are saying:

What initially drew me to the class was the title itself; this idea of a cosmic, all-encompassing journey truly captivated me, a young person who has always nursed a strong sense of wonder in regards to the world around me, but also the many worlds that live within me. As I mentioned in the discussion platforms, I believe that this course has gifted me with answers, but perhaps more importantly, it has given me the ability to dream and to ask more questions. After all, is that not the true beauty of humanity? 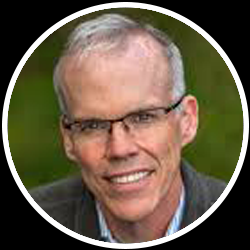 “For those of us enmeshed in symbolic consciousness, this is just the story we need to hear, loud and clear. It helps us understand how we happened to be here, and, more important, why.”
‍
- Bill McKibben 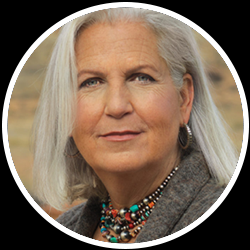 "Journey of the Universe is a spiritual manifesto that becomes a Genesis for the 21st Century. Brian Swimme and Mary Evelyn Tucker have given us not only an expanded creation story of the Cosmos but an expanded look into the evolution of our own consciousness. I cannot imagine a more urgent book to read as we enter this revolutionary moment on the planet. Its message is beyond hope or even faith, it is an illuminated manuscript, a book of wonder and awe for our time." 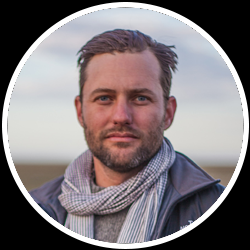 - Jason Mark, Editor in Chief, SIERRA (the national magazine of the Sierra Club) 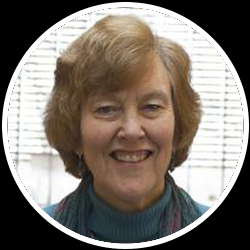 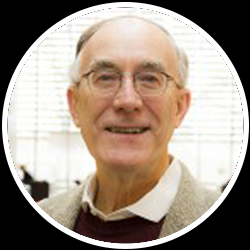 Mary Evelyn Tucker and John Grim teach at Yale School of Forestry and Environmental Studies and Yale Divinity School. They direct the Forum on Religion and Ecology at Yale, which arose from ten conferences they organized at Harvard's Center for the Study of World Religions. They are series editors of the Harvard volumes from the conferences on Religion and Ecology.
‍
Tucker specializes in East Asian religions, especially Confucianism. Grim specializes in Indigenous traditions, especially Native American religions.
‍
Grim and Tucker have written a number of books including Ecology and Religion (Island Press, 2014) and edited the Routledge Handbook of Religion and Ecology (2017). They are editors for the series on Ecology and Justice from Orbis Books.

They were students of Thomas Berry and collaborated over several decades to edit his books. They also wrote Thomas Berry: A Biography with Andrew Angyal (Columbia, 2019).
‍
With his article “The New Story,” Berry was a major inspiration for Journey of the Universe. With Brian Thomas Swimme, Tucker and Grim created this multi-media project that includes a book (Yale, 2011), an Emmy award winning film, a series of conversations, and online courses from Yale/Coursera.

For the last 30 years, following in Berry’s footsteps, Grim has served as president of the American Teilhard Association and Tucker as Vice President. 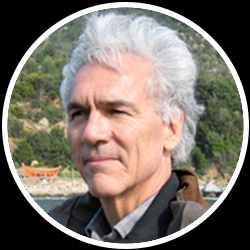 Are you ready to learn the Journey of the Universe
and how it applies to your life and these times?