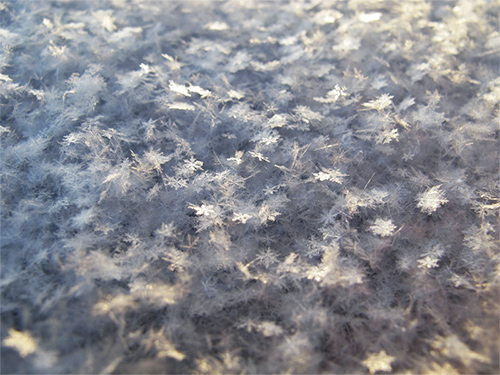 The following reflection was offered by Brian Edward Brown for The Thomas Berry Forum for Ecological Dialogue in its Contemplative Ecologists Circle for December 17, 2020, based on the selection from Berry’s “Reinventing the Human at the Species Level” in The Christian Future and the Fate of Earth pp. 120-23 (“Fifth,, reinventing the human must take place in ‘a time developmental context’….Such participation in the dream of Earth we probably have not had since earlier times, but therein lies our hope for the future for ourselves and the entire Earth community.”)

For Thomas Berry, the reinvention of the human at the species level within the community of life systems is the present exigency stipulated by the fateful logic with which he began his essay that "[i]n the twentieth century the glory of the human has become the desolation of Earth. The desolation of Earth is becoming the destiny of the human." (p.117) This now self-destructive ruination of the planetary body is a cultural pathology rooted in a conception of “progress” that has captivated and colonized human consciousness in the last centuries of its commercial-industrial expression. Entranced with its own technological mastery, human self- inflation psychically disconnected itself from the organic processes of its own identity within the body of Earth. Berry’s reinvention of the human seeks to counter such acute dislocation through the corrective instruction of cosmic story.

If planetary demise has come through the false narrative of its own superiority and Earth’s commodification, the human may yet learn the universe idiom to reveal its own measure and place, and the guidance for its way into a restorative future. "Our sense of who we are and what our role is" writes Berry "must begin where the universe begins. Not only the formation of the universe but also our own physical and spiritual shaping begin with the origin of the universe... This story... is our most valuable resource in establishing a viable mode of being for the human species as well as for all those stupendous life systems whereby Earth achieves its grandeur, its fertility, and its capacity for endless self-renewal." (pp. 120-21)

Significantly, the universe story, in mapping the contours of the structures which emerge over the 13.8 billion year process of cosmic creativity, reveals, in that very process, the three fundamental principles for human guidance into the future: differentiation, subjectivity and communion.

From the differentiation of itself  within the distinctive centers of sub - atomic particles of bosons, leptons, mesons and baryons, the universe communed with itself into the dynamism of the atomic structures of hydrogen and helium, from whose interaction, compressed by the force of gravity, the universe ignited into the further differentiations of its hundreds of billions of galaxies, each its own unique center of dynamic star formation and combination.  Within the Milky Way, the tendency of the universe towards further differentiation expressed itself in the supernova events of its own particular star population. Out of the death of massive stars came the differentiated identities of gas and elements, each in their turn centers of chemical creativity which, when combined, would further express the communion dynamics of the universe.

The differentiated centers of the Sun and its eight distinctive orbiting planets is itself a communion experience within which Earth’s own differentiation into hydrosphere, lithosphere and atmosphere would stabilize and creatively function, each a dynamic center in intercommunion with the others. From within the extraordinary interaction of Earth’s water, land mass and air, that is, from within its communion with itself, the universe as Earth, blossomed into the innumerable centers of sentiment, living beings whose dynamic combinations with Earth and each other form the multi--level communion experience that is the web of biodiversity now endangered by human impact. If the human is to move beyond this destructive impasse that has come to characterize its behavior in the late Anthropocene, if it is to pass from the terminal phase of the Cenozoic to a more benign presence and inhabitation of a dawning Ecozoic, it needs to be attentive to the values of the cosmogenetic process from within which it emerged.

Understanding itself as a differentiated center among other differentiated centers, the human must come to know itself in relation to the other-than-human beings of Earth, not as living among a collection of objects, but within a communion of subjects. Only that transformed self - understanding will sustain and energize the reinvention of itself at the species level which will manifest in the protective ethos that must define humanity's future.

As we turn now to further reflection and conversation, listening and responding, each of us through the wisdom of our deepest genetic coding is the bearer of the billionfold history of universe creativity; each of us is the holder of a dream for a more hopeful and healing living on, and as, Earth. May the sharing of our common dream further illuminate our groping efforts towards its realization.