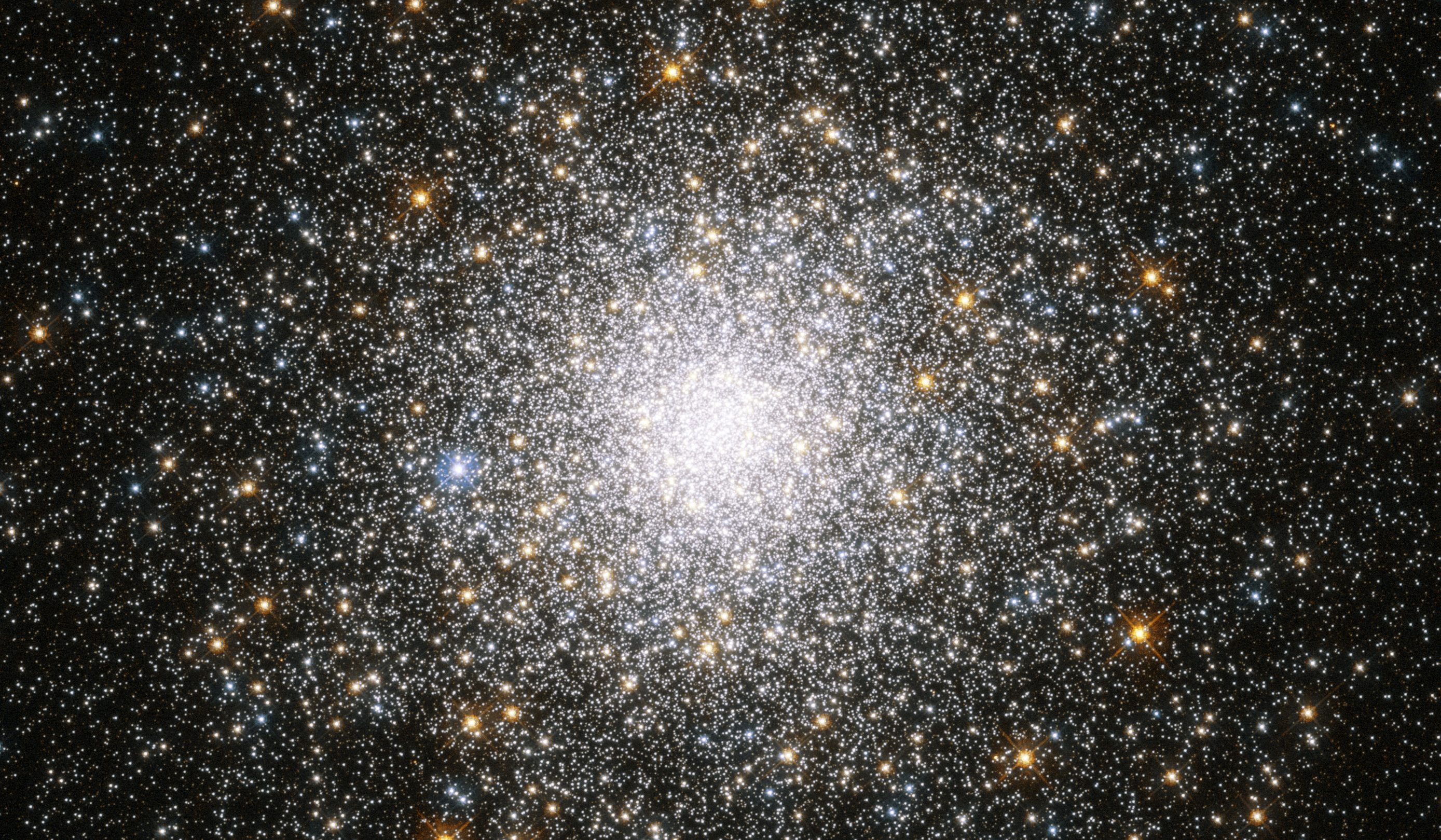 Read the poem in its original formatting here.

It started out with nothing.

Such, deep, unending blackness that our conscious cannot even begin to fathom.

It was quiet. Close your eyes. Imagine that there are no thoughts wandering through your head. No heartbeat pounding a melody in your ribcage. No existence surrounding you. Imagine all that exists is the dark side of your eyelids, with nothing to open them to.

That is how everything began.

And then a gigantic ricochet of light, combusting and twisting its way into existence.

Imagine every atom around you disconnecting and flying away, the buildings deconstructing, the grass and trees and water soaring into the sky. The scrawls of writing and strokes of brushes rewinding. The sky itself folding in, the planet breaking apart into billions of molecules. The sun collapsing, the stars that dot the black abyss winking out one by one

until there is one thing left.

A shifting, volatile ball of energy and matter that contains our whole conscious. Beyond our conscious. It contains things that no being, no soul can detect. This intangible ball is the ancestor of everything.

Imagine that the stars in the sky were no longer a glittering quilt.

Instead it was a few pieces of fabric, straying far from the other. Unconnected but related.

Begin to understand that far before the tiny holes snipped into the night sky there were a few gaping craters of brightness.

The beginning of something.

Disregard everything you are thinking right now. Stop existing to move into the next moment.

Start existing to think about the birth of galaxies. Take a breath and picture a universe where galaxies are the result of billions of years of innovation.

Recall a time where you first learned the names of our eight planets. Before you realized the enormity of the everything that surrounded your school desk.

Try to remember a moment in your life that has been spared to ponder the stretching arms of the galaxy we live in.

Detach yourself from the monotonous charade of life and see these few stars become galaxies before your eyes. See the explosion of power reflecting in your iris.

During this, the enormity of existence is developing, reaching and stretching; blurring the boundary between what is universe and what doesn’t exist.

Dead, black, silent nothingness. Imagine yourself in a dark room, no light creeping in under the doors. Imagine stretching your arms out and closing a fist. Try to feel yourself pushing and capturing the inert air. Expanding your reach, expanding yourself a minuscule amount.

Look around, use your eyes to tear apart objects to pure elements.Watch as they swirl and mix and collaborate to form what we understand to be existence.

This stage is expansion, shoving and shifting elements to create and undo the empty space.

The quilt is beginning to be sewn.

Quiet, visualize a piece of thread that stretches down the hall, down the universe. Imagine tying it to a needle

Fast forward, skim through the stacks of years that have compiled.

Lag on the concept of life starting to run through the pages.

It is not life like we associate it. It has no footsteps or organs, no solid form or leaves that sway in the wind. Far too primeval to have a function or a soul that directly contributes to human beings. This life is beyond human conceptualization. It is the precursor.

Yet it contains features of everything that surrounds us now. Look around, lock eyes with someone across the room. That is life. Seek out a piece of paper and imagine the gnarled bark and waving leaves of the tree that gave us that object. That is life. Feel yourself breath, inhaling and exhaling in synch with all plants on earth.

Now envision a time where life did not breath, it pulsed with energy. Where life was not human connection but the compounding of elements to create stardust.

Conjure a time where life had not yet taken shape under the definition created by souls but provided small stitches into the quilt nonetheless.

Skip, hop, jump to the point of the first beam of light hitting the Earth.

See the first drops of water start to fill the ocean. Watch the moon begin its rotations around the planet, again and again.

Thousands of lifetimes of living and dying with no thoughts but to survive.

Tear back your existence, rip the floorboards of your mind up in search of a life motivated by nothing but the passing of days and finding a creature to consume.

Look up at the ceiling and dream of the most intense emotion you have ever felt. Feel everything that came with it, and feel it slowly seep away into nothingness. See the rest of emotions;

Streaks flying across the sky as time unwinds. Long past yesterday, long past last year. Long past the beginning of civilization

Yet, watch in awe as mountains are made and continents divided. Watch as ocean waves lap the shore of lands not touched by conscious souls.

Taste the feeling of evolution inching closer and closer.See the daunting truths of the universe fade for the flickering of fire and the resounding, slamming sounds of metal clashing metal.

Place yourself in a field and wonder at the staggering importance of elements being reduced to building blocks, the connection already flickering and dimming.

See the beginning of denying that a human soul cannot contain the soul of the universe.

Close your eyes one last time.

Clear your mind of the uncertainty of life and connect with the ancestors we all share. See beyond the ancestors of flesh and blood. Catch a glimpse of the ancestors made up of vibrating power, when everything;

When concepts and thinking and ideas and innovations were unformed. Feel the dark silence ebb away, replaced by the birth of a thousand different molecules. See the slight trails they make as they scatter across the universe and into your open palms.

Smile as you feel the connection, weaving and pulsing through every atom in your body.

Try looking around, see how everything has changed.

How everything has come to be.

Realize how unimportant and unjustified a single stitch is alone. In the quilt sewn together by power and pulsating life, by elements and silence, by nothingness and expansion,

humans cannot cut themselves away.