Explore our courses and learn more about breakthrough communities.

How does can the universe story expanded one's own understanding of race and environmental justice? What are the practical implications of a functional cosmology for sustainable community development?

Reading the universe story can lead one to ask: "where do I fit in all of this?" Carl Anthony realized that he had placed himself just below 'white people' and had been struggling for at least 30 years at the moment where he asked himself this question. He was shocked that he would actually place himself in such a position and had internalized the racial oppression that had been going on for the last 400-500 years. Carl's work focuses on the city, the environment, and issues of race and people of color. He finds that we tend to think of this issues as unrelated.

Carl began to worry about, how can we think of these issues as one thing. He then found Thomas Berry's The Dream of the Earth where he was introduced to the grand narrative of the universe story that can give us some guidance about how we fit into the universe and how we fit into the ecosystems of Earth. At the moment of reading this essay, Carl had an instant recognition, "thats me, I'm the end product of 14 billion years of evolution, that every cell in my body is made up of elements that were born at that moment 14 billion years ago."

We need a new story. The old story of how we got to where we are is no longer viable. So we need a story that's grounded in what contemporary science is telling us in terms of who we are and how we fit. But we also need a story that's spiritually grounding and spiritually rich. The opportunity to see yourself in that longer perspective, understand one's responsibility, and the great gifts that we have on Earth became much more visible as a result of learning the universe story.

One of the main things Carl cherishes is this new story's relationship to the struggles around race and slavery and the subsequent betrayal of African American people.  These struggles are profound that it basically has erased consciousness people have of them. Carl's thinking is that if we can appreciate the mountains, the birds, and the trees, and all these things in the natural world, we can also appreciate ourselves and our own history. As he dug deeper, he found that there were powerful parts of the African American history that needed to be brought forward. For example, the human race had its origins in Africa.

To learn more about breakthrough communities and the universe story, listen to our podcast with Mary Evelyn Tucker and Carl Anthony.

Carl tells how the universe story expanded his own understanding of social and environmental justice. With a focus on urban areas, he explains how sustainable community development can be enhanced within an inclusive universe story. 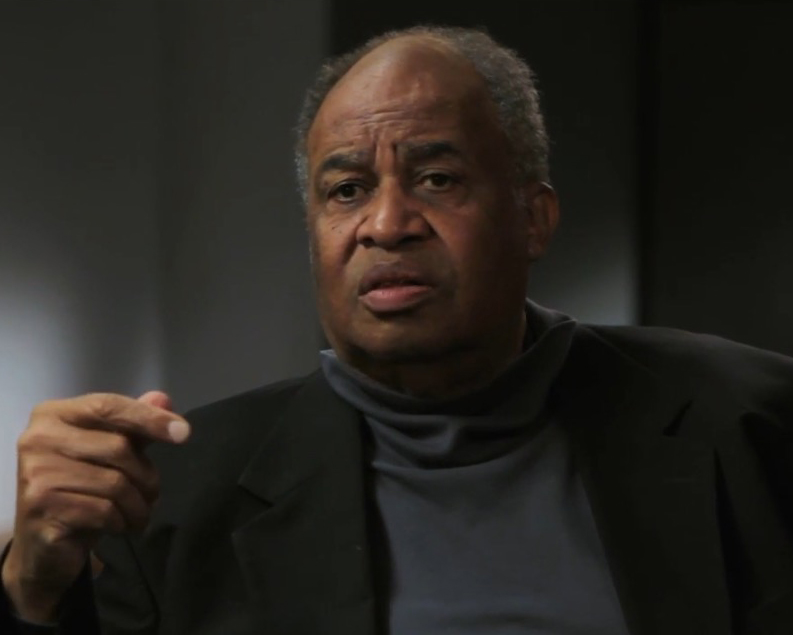 Explore our courses and learn more about breakthrough communities.